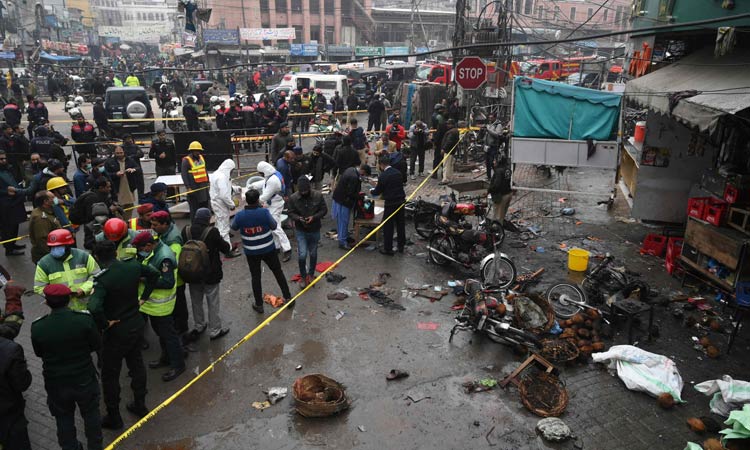 Security officials inspect the site of a bomb blast.

At 3 two people were killed and 26 injured Thursday by a bomb blast in a busy shopping district of the Pakistani city of Lahore, police said.

"Initial investigations show that it was a time-controlled device on a motorbike which was the cause of the blast," Rana Arif, spokesman for Lahore police, told AFP.