The Russian Direct Investment Fund (RDIF), a state agency which funded the development of Sputnik V, quoted a report by a team from the Lazzaro Spallanzani National Institute for Infectious Diseases in Rome and the Moscow-based Gamaleya National Center of Epidemiology and Microbiology, creators of the vaccine. Sputnik V offers “strong protection” against Omicron and produces twice as many Omicron-fighting antibodies as the alternative US/German formula made by Pfizer/BioNTech, the RDIF said.

The agency said researchers compared the effects of the Sputnik V and Pfizer vaccines against Omicron and the original SARS-CoV-2 virus that was first discovered in Wuhan, China in 2019. It added that the number of antibodies tailored to fight Omicron induced by Sputnik V was 2.6 times higher than those from the Pfizer vaccine after three months of immunization. 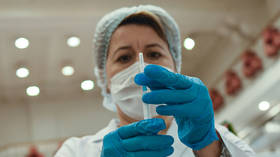 The agency said the new findings are in line with a December 2021 preprint published by Russian scientists online on medRxiv, which described how a booster shot of Sputnik Light prompted a “robust neutralizing antibody response” in people who had been fully vaccinated with Sputnik V. Sputnik Light is essentially a single-dose version of Sputnik V.

Sputnik V has been authorized for emergency use in around 70 countries, while Sputnik Light has been approved in more than 30.